Like the chilling psychological thriller, The Silent Patient, Deborah Goodrich Royce’s Ruby Falls is a nail-biting tale of a fragile young actress, the new husband she barely knows, and her growing suspicion that the secrets he harbors may eclipse her own.

When a little girl is abandoned by her father in a cave, can she grow up to be healthy and whole? Eleanor Russell is an actress at the top of her game when scars from a childhood wound begin to unravel the threads of her life. Fired from her show, she bolts to Europe and marries Orlando Montague, a man she has only just met.

Back in Los Angeles, desperate to create the perfect life—new husband, new house, and a starring role in a Hitchcock movie remake—Eleanor believes it is all coming together. But her stability is threatened when Orlando reveals a sinister side, secrets from the past are unearthed, and the specter of the cave becomes unavoidable. 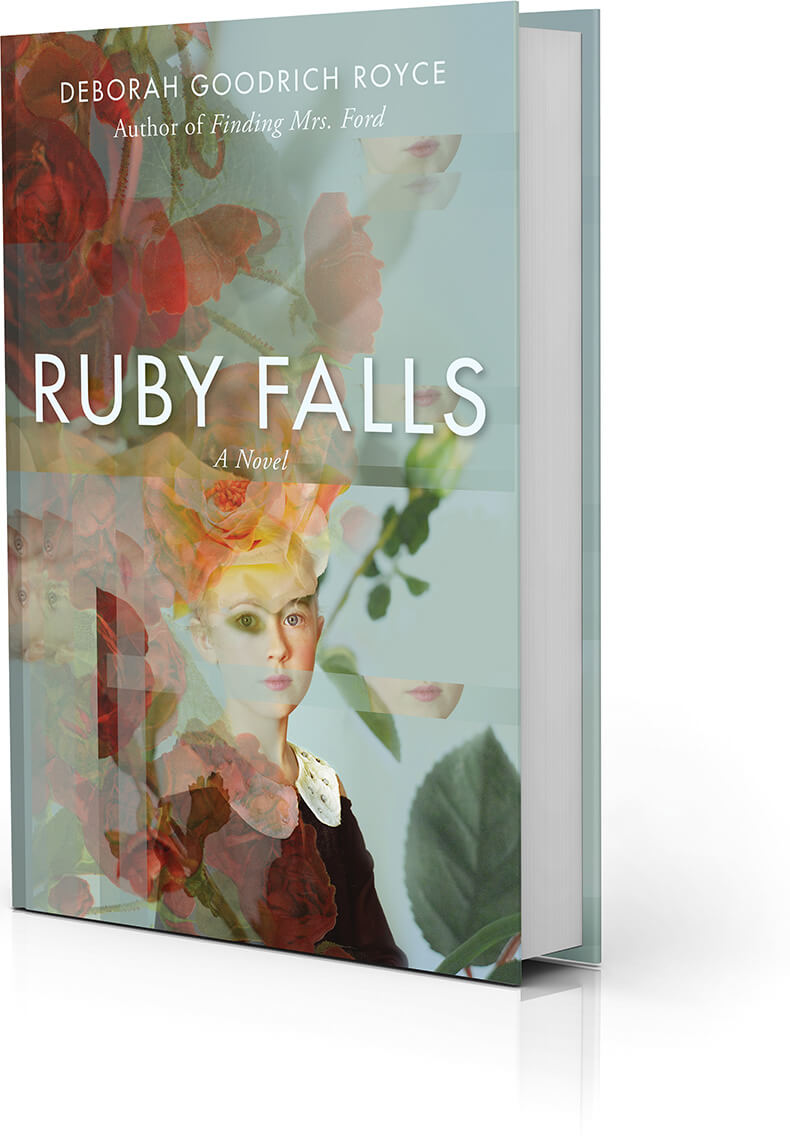 Royce’s prose is taut and propulsive. Ruby Falls inhabits a hallucinatory Hollywood where fact and fiction mingle freely and even the smallest acts can feel ominous…an enjoyable pastiche with plenty of twists and turns.”

Deborah Goodrich Royce does an outstanding job of creating a contemporary parallel story that connects Rebecca and Ruby Falls. This is highly recommended reading for those who like gothic stories infused with psychological tension and introspection. The tale exposes the fine paradox between magic, family ties, and the boundaries of what is real and what is not.”

Imaginative, unique, spine-tingling, and just the right amount of eerie, Ruby Falls is what a reader wants a psychological thriller to be.”

Secrets abound in this bang of a book, a haunting tale sure to give readers chills. A stunner with some serious Gothic vibes.”

A tribute to Daphne du Maurier’s Rebecca, this unnerving story about a Hollywood starlet haunted by her past will captivate you right up until the shocking ending.”

With fun twists and whip-smart language, clever Deborah Goodrich Royce leads readers down a familiar path - until she doesn’t. I promise Ruby Falls will become your next favorite book!”

Mix a dark childhood trauma, a fragile young actress, and a hasty, ill-advised marriage. Add old Hollywood glamor, dashes of enchantment, and lashings of noir suspense. Now shake - and prepare to be shaken.

Ruby Falls is a psychological tour-de-force that grabs you on page one and doesn’t let you go until the end.”

Fans of Rebecca will be enthralled with how the classic story is woven into the masterful plot of Ruby Falls.”

Ruby Falls takes the reader on a Ferrari ride through the twists and turns of the Hollywood hills, moving so fast your hands are clammy and you can’t catch your breath. But you must! I was up until two am in the grip of this fast-paced modern twister of a gothic novel.”